For some time I have been interested in exploring how I could contribute to building a sense of community where I live. After seeing other street libraries around Hobart, I thought this would be a suitable feature for facilitating exchanges between residents. Over time I have witnessed the quirky, thoughtful and cryptic – a donation collection of Book Depository bookmarks, anonymous thank you notes or the “I love you” message on the back of a Peter Dombrovskis postcard that I found hidden/lost in a Peter Mayle book.

It was important that Library on the Hill was imbedded in place – that is looked as though it belonged. A clean-lined, unembellished appearance was central to the design to make it visually consistent with its surroundings. The inclusion of lights was an added feature so that people could see the books at night while also allowing the library to stand out more as a landmark. Corrugated polycarbonate was selected as it diffuses light to produce a glowing appearance - a ‘shrine’ to books and sharing within a community. 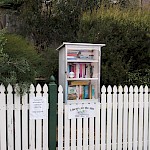 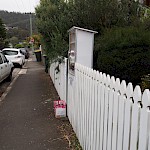 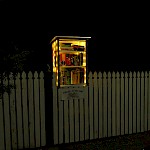 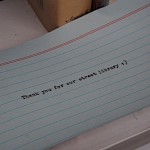 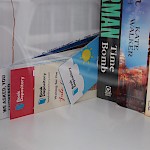 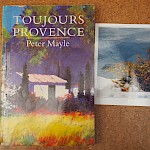 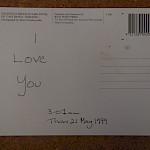