Creating a site-specific installation to engage the South Hobart Rivulet represented an opportunity to explore a specific in situ exchange along an interface that separates the built and natural environments. As environmental conditions within these two adjacent ecologies vary dramatically over a short distance, any exchanges typically acquire a particular dynamism. Research revealed how the Rivulet was intrinsically linked to its surrounds via stormwater pipes. Water discharging from these pipes was collected from impervious surfaces - roads, carparks, and building roofs – to create a physical connection amalgamating natural catchments represented by topography and artificial, constructed catchments.

Rhizome sought to highlight the stormwater outlets and expose them as a portion of a larger underground pipe network by creating a highly visible extension. The installation achieved this by connecting with pre-existing, actual stormwater outlets, crossing the Rivulet, and disappearing into the opposite bank. A series of pipes then emerged higher on the Rivulet’s bank to create a secondary network. The presence of two pipe networks was intended to mimic the spread of rhizomatous plants and imply that development spreads across a landscape in a similar fashion; with roads and buildings appearing, as if ‘sprouting’ from underground pipes. 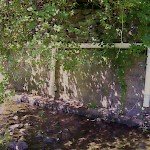 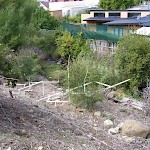 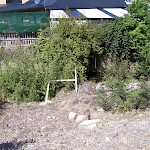 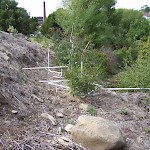 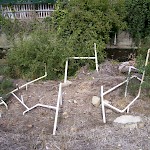 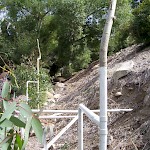